Top 5 tips on working with French colleagues and clients 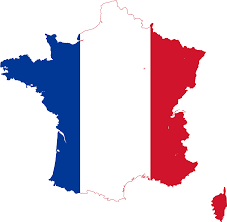 Lequin Executive Coaching and Training has worked with several French organisations and from our expereince - and from research taken from multicultural understanding studies - these are Lequin's top 5 tips when working with French employees and clients:

1. How the French go about problem solving

2. How to prepare for meetings with the French

Tip: be prepared for a lengthy debate and if you want action points and a summary, you will need to initiate this yourself.

Tip: even if you don’t think it’s important, tell your French colleague of any changes to a project as soon as you know them.

4. Negative and positive feedback from the French

Tip: Don’t take it personally - don’t expect high-fives and praise when you do something well, but do expect to be told when you’ve done something wrong.

5. The customer is NOT always king!

Customer service is poor in the eyes of all those Anglo-Saxons who believe that the customer is king. Not so in France. The French are often self-motivated to be the best in their trade so expect respect for what they do, after which they are very much willing to serve you well.

Tip: Don't expect American style smiles but do expect to be treated as an equal even if you are the client.

Important note: These tips come from our observations and from a British view of the world - your expereince of working with French colleageus and clients will most likely vary, and people do not all conform to the stereotpye of their nationality.