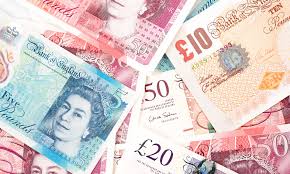 Many businesses have a coaching pool of external coaches. And many of these pools have become what one client called "a sprawling, tagtag band of coaches of questionable training, and questionable fees."

So over the years, Lequin - as one of the longest-running coaching companies in the UK - have been commissioned by several global businesses to vet their coaching pool and recommend which coaches to keep - and which to part ways with. During these assessments, Lequin have reviewed the fees of these executive coaches and several organisatons offering coaching.

During the coaching-pool assessment process, we assessed coaches against 7 criteria:

The key part of the coaches' assessment was listening to the coaches coach over several coaching sessions.

From this criteria, we found 3 categories of coaches:

Why do businesses end up with such a huge variation in charging & quality?

Prior to Lequin reviewing the coaching pools, a lot of L&D managers admitted that their method for choosing coaches (which we know from talking to many 100s of HR and L&D employees is exactly the same) was based on two criteria:

The L&D managers had not asked about their external coaches' qualifications, accreditation, supervision, coaching experience, and none had enquired about coaching philosophy. For instance, few knew what a gestalt coach was.

And critically, none of the L&D managers had actually listened to their external coaches coach!! "I'm not sure what I'd be looking for, to be honest" was one reply. But many were happy to put their own reputation at risk by placing unvetted coaches in front of their most senior leaders.

So what should a global blue-chip business be paying for a two-hour, face-to-face executive coaching session with a high quality coach?

A reasonable rate for high quality executive coaches, in our view, is £1050 to £1200 per two-hour executive coaching session in the UK. There is no evidence to suggest that paying more than this gets you a better coach.

This is a rate you should only pay for executive / business coaches with the right credentials. These credentials for executive coaches are summarised in another blog on this website. They include 7 points, which you can review at http://www.lequin.co.uk/blog/how-to-assess-how-good-a-coach-really-is-2/

How to conduct an assessment of your organisation's coaching pool

There are three stages to assessing your organisation's pool of external coaches.

To speak to Lequin about how we can help your organisation assess your external coaches, please email Peter Willis, peter@lequin.co.uk